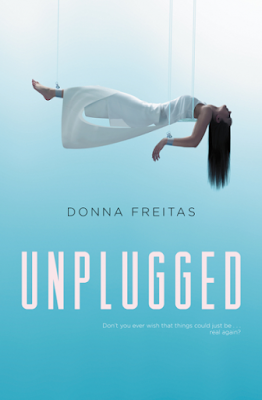 Genre: Young Adult, Science Fiction, Dystopia
Rate: 4/5 stars
Synopsis:
The first book in a provocative new series from acclaimed author Donna Freitas—Feed for a new generation.
Humanity is split into the App World and the Real World—an extravagant virtual world for the wealthy and a dying physical world for the poor. Years ago, Skylar Cruz’s family sent her to the App World for a chance at a better life.
Now Skye is a nobody, a virtual sixteen-year-old girl without any glamorous effects or expensive downloads to make her stand out in the App World. Yet none of that matters to Skye. All she wants is a chance to unplug and see her mother and sister again.
But when the borders between worlds suddenly close, Skye loses that chance. Desperate to reach her family, Skye risks everything to get back to the physical world. Once she arrives, however, she discovers a much larger, darker reality than the one she remembers.

In the tradition of M. T. Anderson’s Feed and Scott Westerfeld’s Uglies, Unplugged kicks off a thrilling and timely sci-fi series for teens from an award-winning writer.

The cover and the synopsis for this book had such an interesting idea, and when I heard about it I got incredibly excited.  I love books that have a technological and science fiction feel, and this one definitely had both of those themes going on, and they worked really well together.  I have to say, I was really impressed by how fun this book was to read.

Unplugged had an amazing storyline, complete with astounding world building and setting.  It felt like I was right there in the book.  The scenery was vividly described and it really sparked my imagination into picturing this amazing, futuristic world that was not only mesmerizing, but terrifying as well.

In Unplugged, there are two different worlds – the real world, and the app world.  The app world is kind of a virtual world for the rich and the notable people – a world where everything is pretty much wonderful and happy – and somewhere that people are essentially are tricked into thinking is better than the real world, where those who cannot afford to live in the virtual world are forced to go.  The real world, however, is dying – and it is no longer a pleasant place to be.  In fact, that’s why the app world was created – to give those in the real world a chance to escape from that existence.

The main character, Skye, is sent to the app world by her family so that she might have a chance to be healthy, happy, and live an all around better life.  However, she doesn’t want any of it – she just wants out of this virtual world so she can be back in the real world with her family again.  When she thinks she might be able to get out and get back to her life in the real world, she comes to realize that things are not at all what they seem, and a lot of secrets are being kept to make her question everything.

Unplugged was a really great read – definitely full of amazing characters, development, world building, and a tense story that will keep you on the edge of your seat the entire time you’re reading it.  It is a part of a series, which is great news, because I didn’t want the story to end when I was finished with the book.

If you like science fiction thrillers, this is an interesting one to pick up! 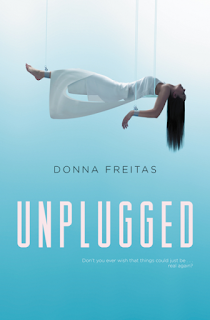 Follow the Unplugged by Donna Freitas Blog Tour and don’t miss anything! Click on the banner to see the tour schedule. 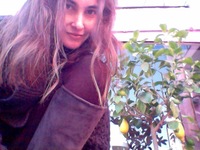 Donna Freitas is an author of fiction, nonfiction, and articles that appear in newspapers, magazines, and on blogs. Born in Rhode Island, Donna now splits her time between New York City and Barcelona.

2 Responses to Blog Tour: Unplugged (The Wired, #1) by Donna Freitas – Review and Giveaway!