Blog Tour: The Season of You & Me by Robin Constantine – Review & Giveaway! 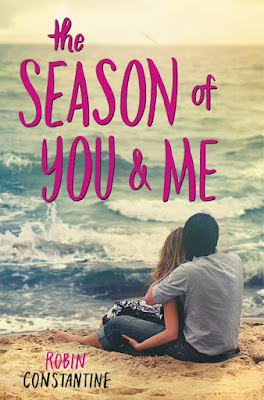 The Season of You & Me

Synopsis:  Cassidy Emmerich is determined to make this summer—the last before her boyfriend heads off to college—unforgettable. What she doesn’t count on is her boyfriend breaking up with her. Now, instead of being poolside with him, Cass is over a hundred miles away, spending the summer with her estranged father and his family at their bed-and-breakfast at the Jersey Shore and working as the newest counselor at Camp Manatee.

changed forever—now he’s paralyzed and needs to use a wheelchair. This is the first summer he’s back at his former position at Camp Manatee and ready to reclaim some of his independence, in spite of those who question if he’s up for the job.

Bryan is expecting a summer of tough adjustments.

Neither of them is expecting to fall in love.

Cassidy is having a rough time dealing with the breakup with her boyfriend, Gavin.  She thinks the perfect way to get over him is to go to stay with her dad and his new wife at their bed and breakfast on the beach, about three hours from where she lives with her mother and grandmother.  So she leaves them and her best friend, Ems, behind for the summer and tries to heal her heart.  She gets a job as a summer camp counselor, meets a new group of friends, and tries her hardest to get over the boy who broke her heart (who still texts her and is making things very difficult for her).

Bryan loves spending time with his friends – skateboarding, surfing, goofing off…you name it.  However, due to an accident he suffered from recently, he is no longer able to walk and is in a wheelchair.  He misses doing all those things with his friends, and to top it off, the summer camp he usually works at as a counselor has parents concerned that he won’t be able to properly care for the children now.  Dealing with all of this, he is trying to make the best of his situation – he still has his light sense of humor and spends time with his friends, but he feels like he is missing something.

When Bryan meets Cass when she starts working at the camp (also, Cass’s half brother is one of the kids that go to the camp, and he and Bryan are good friends), he instantly is drawn to her – despite his own warnings that she is only a summer girl, and he shouldn’t fall for her.

And she falls for him.

The Season of You & Me is a brilliant novel, perfect for a summer read!  It is beautifully written from two viewpoints – Cassidy and Bryan.  The chapters alternate, and the nice part about this is that we get to learn about what each character is thinking and feeling, as opposed to only one.  It made the story have a unique depth and made it truly special.  The story wasn’t a shallow YA romance – it had substance and was truly breathtaking and amazing.

I loved Cass and Bryan together.  I felt like they made a wonderful couple, and their relationship didn’t feel forced at all – you could tell that they had chemistry and they were really into each other.  Also, it wasn’t insta-love.  Yes, apparently there are some YA romances out there that don’t rely on falling in love within the first 5 pages (thank you so much, Robin Constantine!).  Instead, it builds up slowly, and we get to read about the two characters meeting and getting to know each other before jumping blindly into a relationship.  I think this was probably my favorite aspect of the book.

This is definitely one of those books I can see myself reading over and over again, especially when I need the pick-me-up that this book offers – it gave me warm and fuzzy feelings and I fell in love with everything about it.

The Season of You & Me by Robin Constantine is a book that I could not put down.  I had to keep reading it, because I was absolutely in love with all the characters, the setting (who doesn’t love a good romance set at the beach?) and the way that the author created such a wonderful, realistic world that captivated me from the very first page.  While I haven’t read anything else by Robin Constantine, I know for a fact that I’ll be picking up her previous two books now!

Note: I received an ARC from the author in exchange for an honest review. 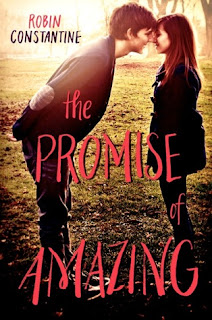 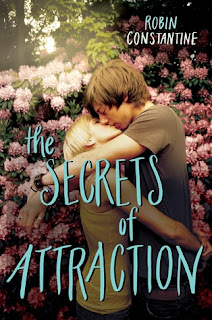 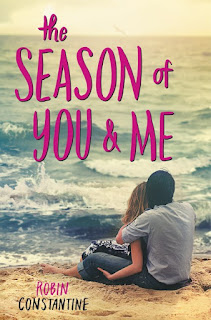 Follow the The Season Of You & Me by Robin Constantine Blog Tour and don’t miss anything! Click on the banner to see the tour schedule. 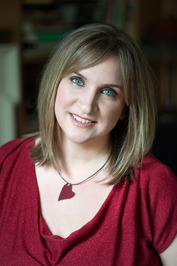 Robin Constantine is the author of The Promise of Amazing and The Secrets of Attraction. A born-and-raised Jersey girl, Robin likes to spend her days dreaming up stories where love conquers all, eventually, but not without a lot of peril, angst, and the occasional kissing scene. She loves swoony books, flip-flops, dark chocolate and the full moon. 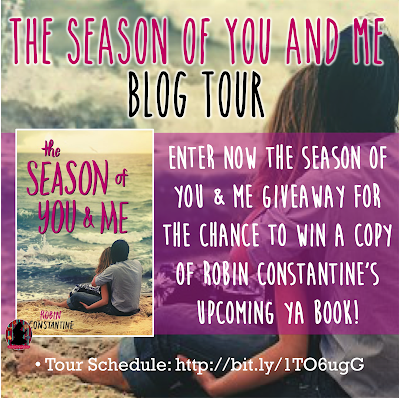 One Response to Blog Tour: The Season of You & Me by Robin Constantine – Review & Giveaway!